Visions for the factory of the future

Home » Visions for the factory of the future

Visions for the factory of the future

Lesezeit: 11 Minuten
Home » Visions for the factory of the future

Early November 2021, a two-day project meeting on the “factory of the future” took place on the premises of Gebrüder Heller Maschinenfabrik GmbH in Nürtingen, Germany. The hosts welcomed a total of 25 participants of companies and research institutes contributing to EuProGigant. Goal of the workshop was to build a common understanding of the products and processes in the production of machine tools. Another focus was on the interdisciplinary exchange of the factory of the future

Following the initial tour of the Learning Factory and the manufacturing halls of Heller’s Nürtingen production site, a keynote illustrated the current state-of-the-art and the vision on digitalisation in the company.

The factory of the future, built by clay and paper

Inspired by the tour and keynote, the second half of the day led to visions of the factory of the future. The participants joined a workshop under the same title, which was held in the historical production hall and moderated by architects of plus+ bauplanung GmbH. The architects of the industrial committee member contributed their practical and methodical experiences from the participative planning of building projects. This helped motivate the interdisciplinary project team to develop innovative factory design concepts. Three-dimensional models made of clay, paper, wood and foil helped make the innovative concepts tangible. Afterwards, the four factories of the future were presented and discussed in plenary. 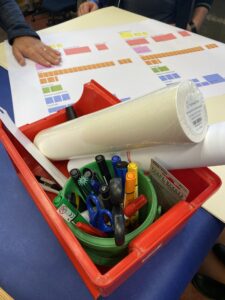 Image 1: The toolbox of the hour

The factory of the future is digital and sustainable

Solar panels, hydro energy or even built-in wind turbines: all factories of the future have integrated innovative and sustainable energy into their concepts. All groups found it important to include the aspect of sustainability.

A central question during the workshop was how much time employees will spend on the shop floor and in the office at the screen. This brought the topic of digitalisation into focus. All factories of the future have expanded office space and planned for robots and collaborative robots (cobots).

Other results from the groups interestingly each focused on different aspects of a factory of the future. A selection follows.

The working groups largely agreed on spatial aspects. In particular, flexibility was an important point that was expressed in various ways.

One factory of the future focused on modularity. A standard module of this factory consisted of office and production spaces, as well as green and relaxation areas, and could be expanded by adding further, almost “Lego-like”, modules. Another model was represented as a spatial and modular “tree” to symbolise growth. Almost all groups thought of a central meeting place where all staff – both blue collar and white collar – could meet. The advantage of a central meeting place is that exchange and cooperation can be initiated in a non-intrusive way. In addition, such spaces would provide a better work-life balance and potentially better work performance and satisfaction.

A special incentive came from one group in the form of the metaphor of a train station: employees can be at training one day and can figuratively get off at small-scale production the next day. This group focused intensively on flexibility. 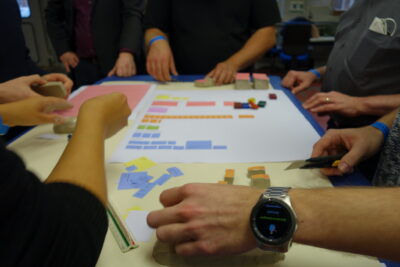 Image 2: Existing spaces were used as a basis for discssion

The learning factory of the future: collaboration and learning take centre stage

The focus did not only lie on collaboration among employees. Another important topic was the increasing interdisciplinarity and cooperation with external partners and research institutes.

Collaboration with start-ups and SMEs was taken up by several groups. In one of the factories of the future, a central co-working space and an experimentation room were considered. Other factories planned reception rooms, the possibility of facility tours and even overnight accommodation for customers. Digitalisation should also further drive collaboration between locations – a central theme in the EuProGigant project.

A final important point was the training of employees. In one group, the question was where people will mainly learn in the future and what the relationship between companies and training institutes will look like. An interesting suggestion of one of the working groups was that universities and technical colleges could establish representative offices or training rooms in companies. Doing this, training could be even more practice-oriented and certain skill gaps could be filled.

Will the factory of the future become a learning factory?

Adapted to the business models of the future

Will the factory of the future be a rental factory, where partners and start-ups can rent the infrastructure? The production area would need a larger selection of machines and trained employees who can introduce guests and customers to machine work and maintain the machines accordingly. 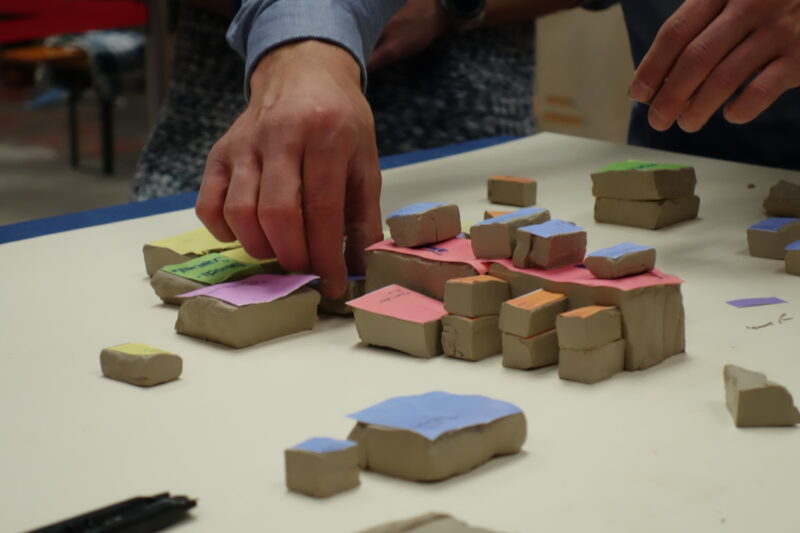 Image 3: A participant tinkering with her factory of the future 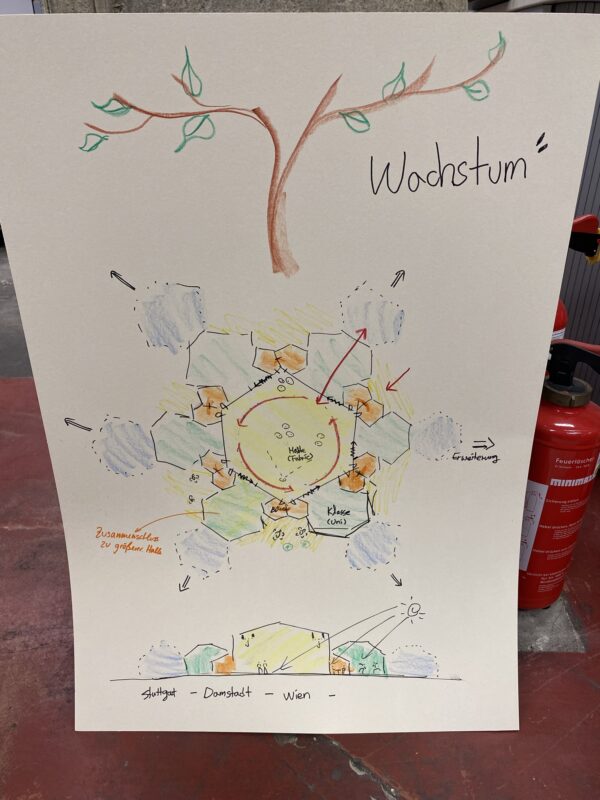 Image 4: A factory concept based on the principle of growth

Concluding discussion initiates the next steps

On the second day of the event, the companies Heller and IGH Infotec presented the “Application of digital products today and tomorrow” in the context of the factory of the future. With their initial presentation, they initiated a further exchange between the attendees.

The meeting concluded with content-related, project-based discussions to gain a common understanding of the topic of self-description in the context of the project. Vocabularies and existing standards of machinery and equipment were discussed and considerations were made on how these could be combined. 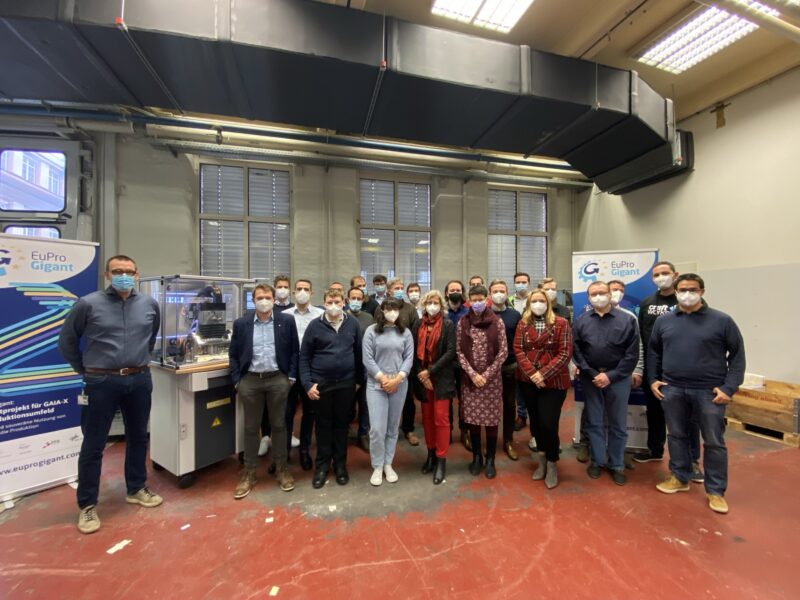 Dr. Verena Henrich studied Information Technology at the Burfsakademie Mannhein, Hochschule Darmstadt and the University of Reykjavik, Iceland. She subsequently obtained her docotral degree in Computer Linguistics at the Eberhard-Karls University in Tübingen. Following her doctorate, she worked as a software developer for IBM Watson Analytics for social media at IBM Deutschland Research und Development GmbH. Since 2019, Ms. Henrich is active in the research division of Software AG, working on nationally and European-funded research projects in the thematical areas Industry 4.0 and the Internet of Things. Thanks to her background in computer linguistics, Ms. Henrich brings a wealth of experience in the processing of data and AI to the EuProGigant project.

Felix Hoffmann studied industrial engineering with a specialisation in mechanical engineering at the RWTH Aachen. Mr. Hoffmann has been a research assistant at the Institute of Production Management, Technology and Machine Tools (PTW) of the TU Darmstadt since 2019. There, he is active in the research group “data-supported value stream and business model innovation” and was already participated in nationally and regionally funded research projects in the areas of digitalisation and artificial intelligence. Within the scope of EuProGigant, Mr. Hoffmann is working on the development of data-based business models across use cases.

About the project
Partners
Use cases
News
Events 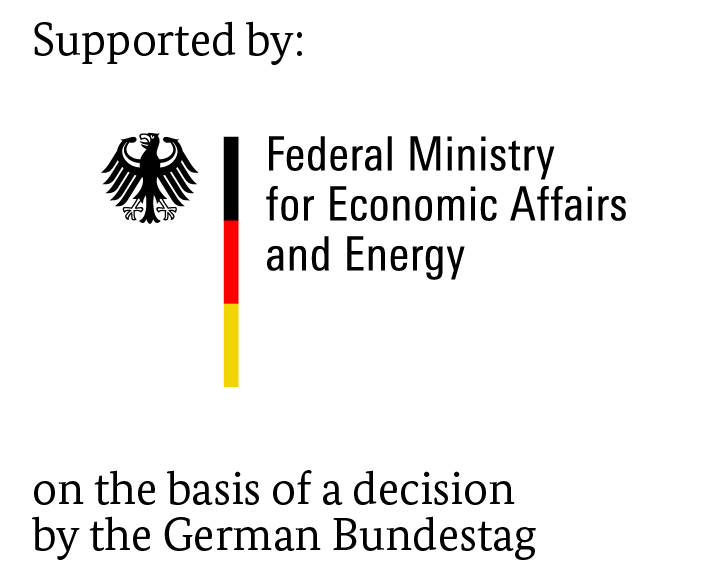 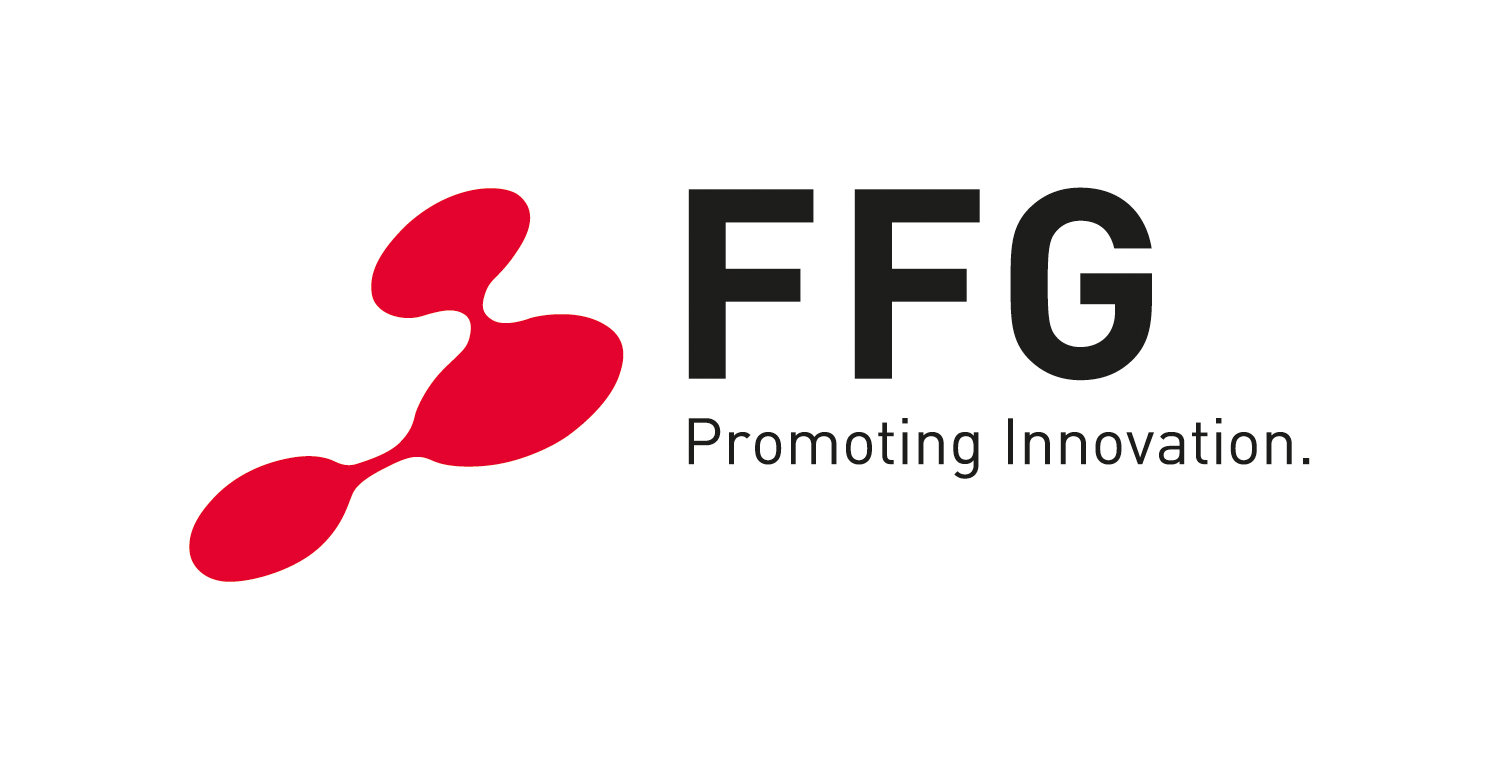 EuProGigant is the research project “European Production Giganet for calamity-avoiding self-orchestration of value creation and learning ecosystems”, carried out by an Austrian-German project consortium.